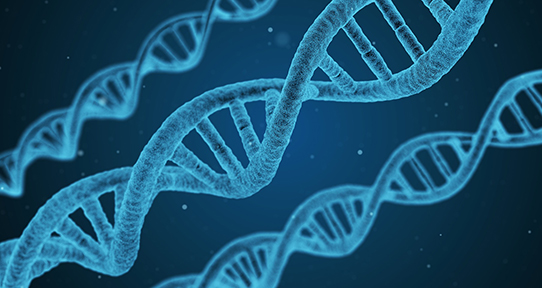 On July 10, 2020, Canada’s Supreme Court issued its Reference re Genetic Non‑Discrimination Act decision, surprising many by upholding the Genetic Non-Discrimination Act (GINA)’s constitutionality in a 5-4 decision. This is consequential for Canadian privacy in many ways, and I will attempt to provide some context for both Canadians and non-Canadians to understand how this decision came about, and why it is consequential. (As my colleague Dustin Moores pointed out, recent news analysis has been more focussed on the decision’s constitutional-criminal law implications—I won’t pretend to analyze it from those contexts—but GINA is ultimately a privacy law, so it’s time for a privacy pro’s perspective).

Some brief background and procedure: The reference process allows governments to request from courts a determination of a law’s constitutionality without being started by traditional litigation. Parties can request to weigh in as intervenors, and this is important in this context. The reference was started in the Quebec Court of Appeal as the Quebec government challenged GINA as being outside the federal government’s powers under our Constitution Act, 1867 (Constitution),on the basis that the federal criminal power was being used to legislate on subject matter reserved for the provinces under our constitution. The Quebec decision held that GINA exceeded the authority of Parliament; and the Canadian Coalition for Genetic Fairness, an intervener in the Quebec Court of Appeal case, appealed as of right to the Supreme Court.

Some further history is important in how the law came to be. GINA was a result of a private member’s bill, not sponsored by the government. There was intensive lobbying by the insurance industry against the bill, but it was ultimately approved in an open vote by Parliament. The federal government’s position at the time of passage and throughout the hearing, was that GINA was beyond Parliament’s jurisdiction, so we have the unusual circumstance of both the provincial and federal governments arguing that a federal law was unconstitutional.

The decision, I think it is fair to say, surprised many, as it was expected the Quebec decision would be upheld. However, the Supreme Court held it was within the federal government’s criminal law power under s. 97(27) of the Constitution, by prohibiting the risk of harm from genetic discrimination and genetic testing, and viewed ‘protecting fundamental moral precepts or social values’ as legitimate bases on which to found that authority.

The Supreme Court decision may be coloured by general privacy concerns arising out of the current pandemic. In the majority opinion (of which there are two), Justice Karakatsanis stated,

Parliament is entitled to use its criminal law power to respond to a reasoned apprehension of harm, including a threat to public health.

GINA has very wide and powerful implications. Sections 1-4 prohibit the use of genetic testing or requiring genetic testing, as a condition of providing goods or services, or entering into or continuing a contract or agreement, or to discriminate against a person based on a refusal to provide the results of a genetic test. Collection of genetic information must be done with consent (s. 5), with some exceptions for health care practitioners and researchers (s. 6). Section 7 creates the offences: fines up to $1 million on indictment, or $300,000 on summary conviction, or imprisonment of up to five years on indictment or one year on summary conviction. The law also made corresponding amendments to the Canada Labour Code and the Canadian Human Rights Act.

What are GINA’s consequences? First of all, employers and insurers cannot, without consent, use or demand genetic testing or information as a condition of employment or insurance coverage, nor can they discriminate based on a refusal to provide consent.

GINA is not solely directed at one sector or type of agreement. For instance, consumer ancestry tests now come with a heighted certainty that the results cannot now be used or compelled in a way that would harm a user of those services. This should give that industry a welcome boost to the confidence that it can offer consumers. At the same time, given the criminal law consequences, controls over genetic data must be tightened to avoid attracting liability.

The exception for research or health practitioners is limited; use and disclosure of genetic data without consent is permissible only in the context of providing health services or research for which an individual is a participant in the research. This may motivate some greater focus on the risk of reidentification from genetic information in the research context—not a new risk but now one with some added teeth.

More broadly, what does this decision say about the state of privacy in Canada? The Supreme Court, and in fact many courts, have taken the lead where legislation has faltered to protect the privacy rights of Canadians. The decision reflects Canadian societal values and the increasing importance of expectations of privacy. It bolsters, as does the recent Federal Court of Appeal decision in “Compufinder” (which upheld the constitutionality of Canada’s Anti-Spam Law), federal legislative authority over privacy. Together, that and the GINA decision must be giving the Ministry of Innovation, Science and Economic Development (ISED) some secret joy as it makes constitutional challenges increasingly unlikely to succeed against Canada’s federal private sector privacy law as ISED moves to implement Canada’s Digital Charter and update our legislation, while also navigating the challenge of how to incorporate specific or ad hoc legislation like GINA into a common set of principles.

The importance of releasing the proposed federal law has now been heightened by Quebec introducing a draft update to its provincial privacy law, that is very GDPR-like. And in the background, Canadian adequacy is likely to face a review from the European Union—perhaps quite soon. Combined with the uncertainty over the United Kingdom’s adequacy negotiations with the EU, and the upcoming Shrems II decision, there seems to be a perfect mix of events to make privacy reform in Canada a priority for federal attention in order to preserve the trade relationship with the EU.

The GINA decision of the Supreme Court itself lends support to Canadian claims that privacy is important and fundamental to Canadian law, and adds a significant ‘plus’ on our privacy ledger.